Premier Khruschev’s “We will bury you” speech 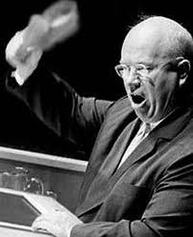 This was a phrase used by Premier Nikita Khrushchev when addressing Western ambassadors at a reception at the Polish embassy in Moscow on November 18, 1956. The actual words were “whether you like it or not, history is on our side, we dig you in.” Khrushchev remarked his speech in Yugoslavia.  He also repeated the thesis at a meeting with journalists in the United States in September 1959. Many Americans thought of the speech as a nuclear threat. The quote was a taunt in which the Soviet Union wages World War II against the Western Allies. 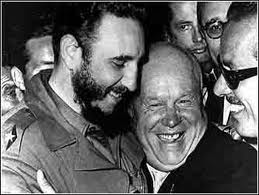 His speech frightened the United States people because it scared us about the expansion of their empire.  At the time we thought we were so much more ahead of them until they launched Sputnik into space.  When they did that is scared us because we were usually the country in lead with all the new technologies but a couple years later we launched one into space as well. 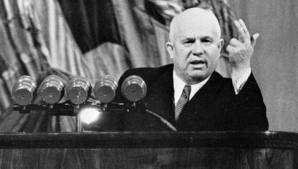