The Berlin Wall was a barrier constructed by the German Democratic Republic on East Germany which started on August 3, 1961, that completely cut off West Berlin from surrounding East Germany and East Berlin. The barrier had guard towers placed along concrete walls. The Eastern Bloc said that the wall was built to protect its people from fascist elements to prevent the “will of other people” in building a socialist state. The wall served to prevent the large emigration and defection that marked Germany and communist Easter Bloc during the post-World War II time.
The Wall was called the Anti-Fascist Protection Rampart, saying that neighboring West Germany had not been de-Nazify fully. The West Berlin City government referred to it as the wall of shame because they said it restricted them. The border symbolized the Iron Curtain that separated Western Europe and the Eastern Bloc during the Cold War. 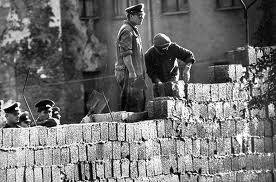 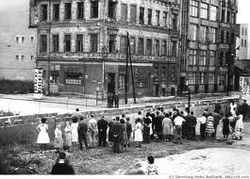 Before the walls erecting, millions of East Germans found a way
around the Eastern Bloc restrictions, many by crossing over the border from East
and West Berlin, where they could travel to Western Europe. During 1961 and
1989, the wall prevented all emigration and about 600 people were killed because
they tried escaping from it.
In 1989, a series of radical political changes were in the Eastern Bloc, with the liberalization of the Eastern Bloc’s systems of authority and he political power in pro-Soviet governments near Poland and Hungary. After weeks of civil unrest, the East German government announced on November 9, 1989 that all citizens in the German Democratic Republic could visit West Germany and Berlin. Over the next few weeks, the public chipped away parts of the wall. The wall was destroyed in 1990 and the fall of the wall paved way for German reunification which was concluded on October 8, 1990. 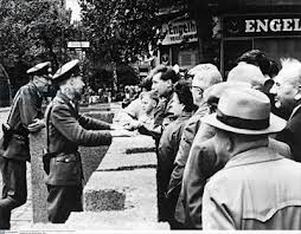