America's Involvement with Vietnam and Korea 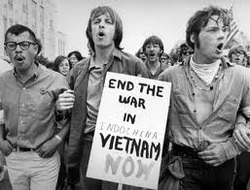 Vietnam:
Before World War II, Vietnam was a French colony owned by the Japanese. Then there was an anti-Japanese movement and was led by Ho Chi Minh who liked Communist ideas.  After the war ended they wanted to be independent but in 1945 the French came back and wanted to rule
again.  War broke out, as China helped Vietnam the United States thought about the communists dominating all south East Asia.  French then set up a non-communist government.  In 1954, the French got defeated and the peace treaty set up a non-communist south and a communist north.  Americans stopped elections in the couth and Ho Chi Minh was upset and started guerrilla warfare. 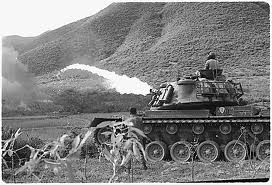 The United States knew that Russia would veto everything, so a large amount of money, military equipment, and advisers were sent to help the government in the south.   They fought a very good warfare and by 1965 the south’s government was about to fall so the United States decided to send troops to help them out.  Johnson agreed with the views and accepted the Domino Theory which assumed that a Communist winning in Vietnam would lead to a communist take-over in Indo-China and in Asia where the United States had military, political and commercial interest. 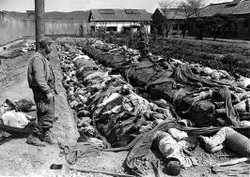 Korea:
On June 24, 1950, North Korea invaded South Korea and a couple days after that Truman ordered the United States troops to aid South Korea and convinced the UN to do the same.  The UN troops were in command of MacArthur, and since the attack was a surprise, by September we were in the south corner of South Korea.  MacArthur landed troops in front of North Korea’s military and pushed them deep into North Korea and almost all the way into China but didn’t make it that far. 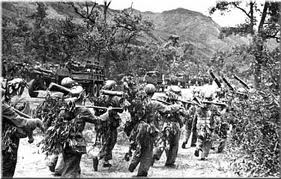 Then China’s army put troops in to the fight and forced the UN troops into South Korea again who counteracted forcing China back behind the 38th parallel where the war started at the beginning.  By June 1953, the war was reached by an argument.  The war almost cost Truman politically because MacArthur did not listen to him and did his own thing which meant he invaded China.  So MacArthur was fired.