The Cuban missile crisis was a thirteen day confrontation between the Soviet Union and Cuba on one side and the United States on the other, in October 1962. It sometimes referred to as the time when the Cold War almost became a nuclear war. Also the first documented instance of the threat of mutual assured destruction (MAD) as a determining factor in an international agreement. After political moves, the United States failed to overthrow the Cuban regime, and in May 1962 Khrushchev had the idea of placing Soviet nuclear missiles on Cuba to discourage any futures invasion. During a meeting between Castro and Khrushchev, a secret agreement was reached and built of several missile sites. These preparations were noticed on October 14th by a United States aircraft that saw nuclear missiles under construction (IRBMs). The photos taken were shown on October 15th, which sates the thirteen day crisis. 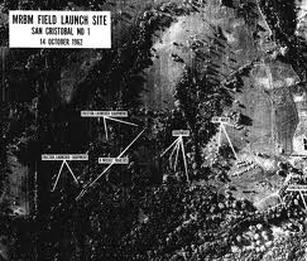 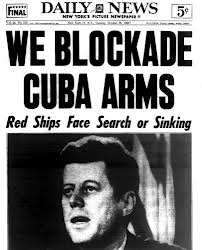 The Unites States thought about attacking Cuba by air and sea but decided to do it by military blockade. The United States said it would not permit it offensive weapons to be sent to Cuba, and demanded that the Soviet takes to pieces the missiles bases under construction of finished and returned everything to USSR. The Kennedy administration on held a little hope that they would say yes to the demands and expected military arguments.
On the Soviets side, Khrushchev wrote to Kennedy his blockade constituted an act of aggression propelling human kind. But they resolved their differenced and resolved the crisis. While that took place, USSR ships tried to ruin the blockade, which increased tension that the United States ships were sent to fire warning shots. On October 27, a U-2 was shot down by the Soviets, which could have resulted in retaliation from the Kennedy Crisis cabinet, but the negotiations continued. 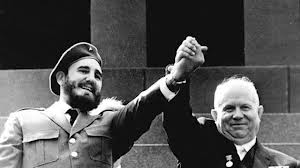 The argumentive meeting ended on October 28, 1962 when Kennedy reached an argument with Khrushchev. The Soviets would dismantle their weapons in Cuba and return them to the Soviet Union in exchange for a United States public declaration and agreement to never invade Cuba. The United States agreed to take apart all IRBMs with nuclear warheads in Turkey and Italy.
After the removal of the missiles, the blockade ended on November 20, 1962.  An additional outcome of the negotiations was the creation of the Moscow-Washington hotline which was a direct link between Moscow and Washington D.C.